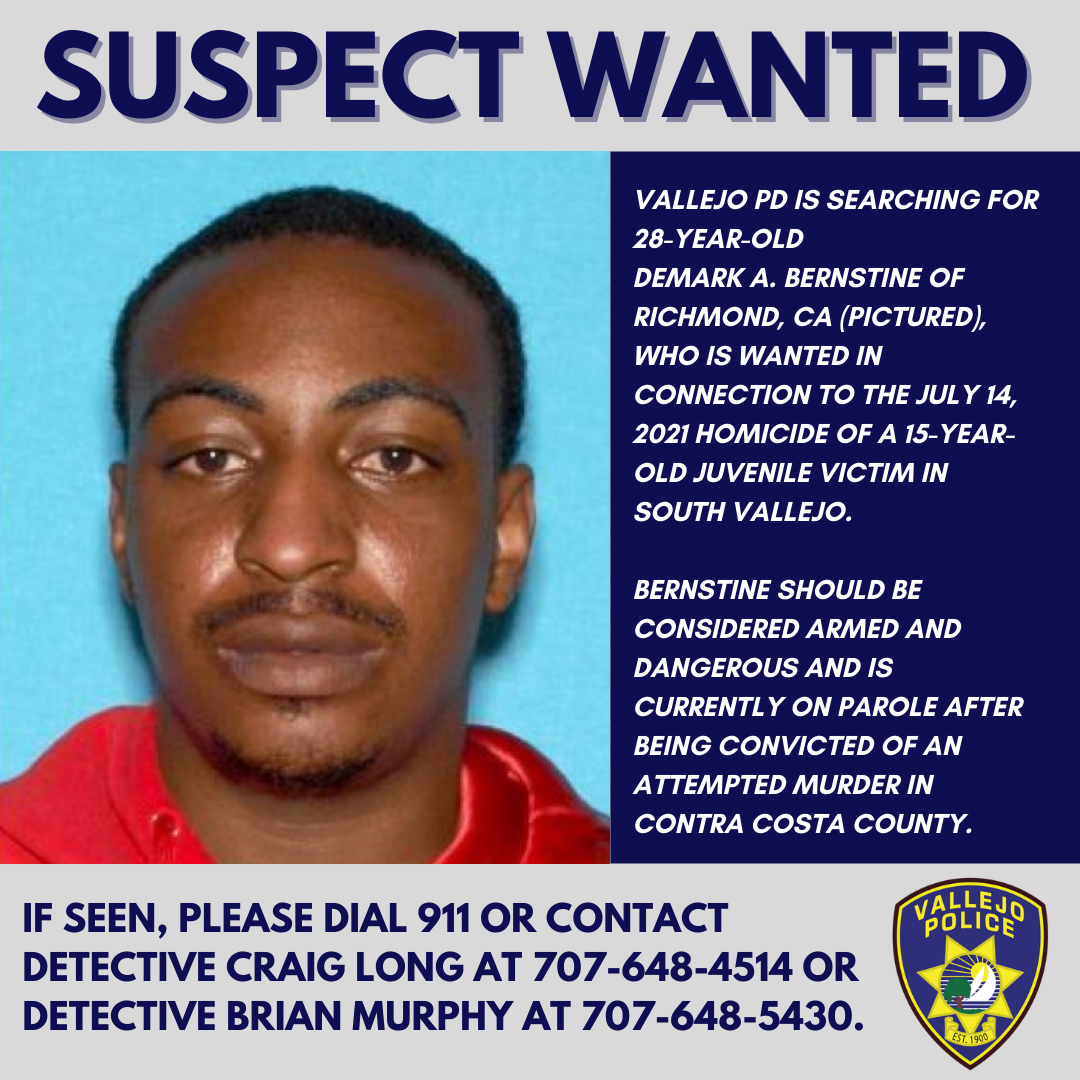 VALLEJO – The Vallejo Police Department (VPD) is seeking the public’s help locating 28-year-old homicide suspect Demark Anthony Bernstine of Richmond, CA. Bernstine is wanted in connection to the fatal shooting of a 15-year-old juvenile in South Vallejo on July 14th.

During the course of the investigation, Bernstine was positively identified as the suspect who shot and killed the 15-year-old victim. Suspect Bernstine should be considered armed and dangerous and is currently on CDC Parole after being convicted of an attempted murder in Contra Costa County.

As of today, July 20, 2021, an arrest warrant charging Bernstine with the juvenile’s murder has been issued by the Solano County District Attorney’s Office.

“This brazen act of violence occurred in broad-daylight with numerous people present and children playing in the area,” Chief of Police Shawny K. Williams stated. “We must protect our youth and work together to end persistent cycles of generational trauma. We will not stop until justice is brought in this case.”

Anyone with information about Bernstine’s whereabouts is asked to contact Detective Craig Long at 707-648-4514 or Detective Brian Murphy at 707-648-5430. For media inquiries, please contact Public Information Officer, Brittany K. Jackson by email at VallejoPolicePIO@cityofvallejo.net. or by phone at (707) 651-7147.

Previous Story
A New Website Launches For Visit Vallejo, CA Read the Press Release Below
Next Story
How do you think the City of Vallejo should use $25,727,736 ? THE AMERICAN RESCUE PLAN