City of Vallejo Welcomes Veronica Nebb As Next City Attorney 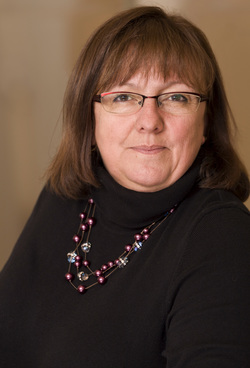 October 28, 2020 / Comments Off on City of Vallejo Welcomes Veronica Nebb As Next City Attorney

VALLEJO, CA – The City of Vallejo is pleased to announce the appointment of Veronica Nebb as the new City Attorney. Nebb is replacing Claudia Quintana, who retired from the City in June 2020.

Nebb is a Bay Area native, born in San Francisco and raised in Daly City and Petaluma. Nebb’s love for the law began at a young age when a close friend asked for assistance with legal documents, which she found to be fascinating. Nebb graduated with her BA in Business Administration and Legal Studies from Dominican University and received her Juris Doctorate from Golden Gate University in San Francisco. She had spent the majority of her career with Walter & Pistole, a firm that represents cities and public agency clients, including counties, special districts, and joint powers authorities in transactional and litigation matters relating to land use, planning, housing, labor, and general municipal law. Over the years, Nebb has served as the Senior Assistant City Attorney for Bay Area cities such as Martinez and Novato.

Nebb also has an extensive background working closely with many different Councils, including those with diverging interests. Her specialty as legal counsel is listening. “Taking into account all perspectives and offering compromises and solutions to the divide is key to progressing towards optimal outcomes,” says Nebb.

Nebb was eager to come to Vallejo, citing that the City “has real challenges and issues that deserve real and fair solutions,” and she is happy to bring her expertise to Vallejo. As a history buff, she also cites Vallejo’s rich history as an attraction to the City, “I find it incredibly interesting that Vallejo was the state capitol for four years and that the City has such a rich local history.” Vallejo’s diverse and engaged citizenship was also a key factor that encouraged Nebb to seek this appointment.

Outside of her career as an attorney, Nebb is happily married and is the mother of two. She also serves on several Boards and Commissions. She is currently the Vice President and Board Member of the non-profit Santa Rosa Figure Skating Club, the Treasurer and Board Member of the regional figure skating organization in the Bay Area, a board member of a non-profit supporting youth gymnastics, and an active member of the Rules and Finance Committees of the United States Figure Skating Association. Ms. Nebb has also served in the past as a school board member and board member of a water company. She also serves as a competition official with the United States Figure Skating Association.

Nebb is scheduled to begin with the City On November 16.

Next Story
Ride the San Francisco Bay Ferry for $1.00