August 14, 2019 / Comments Off on Join Congressman Mike Thompson and the Touro campus as they dedicate Moises Way on Mare Island in Honor of one of the Pioneer Filipino Families in Vallejo

On Thursday, August 22, join US Congressman Mike Thompson and the Touro University California (TUC) family as they honor the over 100 years of service of the Moises Family on Mare Island by renaming Talos Avenue as Moises Way. The Moises Family is one of the pioneering Filipino-American families who influenced Vallejo’s history.

WHO:   US Congressman Mike Thompson

Warlito Moises and other community members

WHY: The Moises Family, with over 100 years of service on Mare Island, are one of the pioneer families in Vallejo. When Warlito Moises was serving as a police officer on Mare Island, he worked with the Fire Chief at the time to name various smaller streets on Mare Island in order to allow first responders to quickly identify a reporting party’s location in an emergency. At that time, he named one such street Moises way, which today is called Talos Avenue and brings people onto to the TUC campus and past the old hospital complex. With the support of Touro administrators and Vallejo City Councilmembers, and in response to a letter writing campaign started by Warlito, an agreement was reached to switch the name of Talos back to Moises, ensuring the family’s legacy at Mare Island would endure. 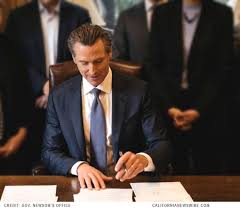