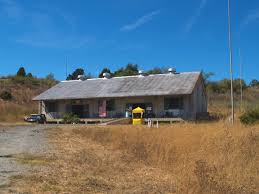 VALLEJO, CA – The City of Vallejo is developing a comprehensive safety, security and land management plan to restore and protect the Mare Island Preserve following several fires last week, and anticipates the park will remain closed to the public into 2020.

The City will need to complete a full inspection of all existing structures, trees, and surrounding areas for fire damage and assess safety. Additionally, the City is working to develop a land management plan that will protect the Preserve from future large fire events, as well as provide fire crews the ability to effectively suppress and contain fires should they break out. In the interim, the City is actively deploying a robust safety and security plan to secure the Preserve to protect life safety, and prevent theft and vandalism.

The first fire was caused by subjects cutting down a live power pole, and is under

Criminal investigation. Based on the findings, the case has been classified as a 594 PC-Felony Vandalism and 452 (c) PC- Arson/Causing damage Structure or Forest. Evidence was collected at the scene which is being tested for DNA and fingerprints. It is believed that subjects are trespassing on the Preserve (City-Owned) and Navy Lands, and used mechanical saws to strip metals from buildings, power poles, and communications towers.

The first fire began in the early morning hours on September 25. Two additional fires have followed, likely caused by hot spots that flare-up due to wind. The three fires have all occurred in the span of six days (second on September 26th, third on October 1) which have led to approximately 40+/- acres of damage. The most recent flare-up on October 1 spread into a Navy-owned area that is still undergoing clean-up adjacent to the Cemetery, with reports of small explosions, possibility due to unexploited ordinance discharging.

The City has a serious concern for injury and/or fatalities to visitors of the Preserve due to hazardous conditions. In addition to the above, the extensive damage has created unsafe conditions in the Preserve due to fire damage to trees (Eucalyptus branches referred to as “Widow Makers”) and cut-through of fencing between Preserve and the active Naval Clean-Up site. The Naval Cemetery has minor damage to some fencing, grades and grounds. The IRT team working on the Naval Cemetery has also recommended the Cemetery be closed during the re-construction process. Steep, unstable land and hillsides burned in the fire will also be prone to erosion, slides and falls as the rainy season approaches.

As a precaution early in the summer, the City mowed areas adjacent to roads in July for suppression access. However, the fires demonstrated it is necessary to design and implement a more robust fire suppression, security and land management plan, especially as the Navy is set to transfer 200+/- additional acres to the City in the coming two to three years.

During this period of closure, the City will work with a subject matter expert to develop a comprehensive land management plan, including a meeting with the Forest Service. Under City Council authority, the City will release a Request for Qualifications for management and operation of the Preserve. The selected vendor will be expected to work with the City to implement a fire restoration plan over the coming months, and provide safety & security, 7-day access and ongoing land management once the preserve re-opens. 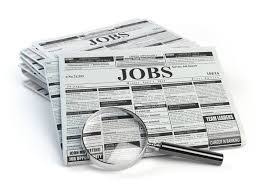